QR Code Competition and Why QR Codes are here to Stay

Various QR code competitors have popped up over the years, but none have succeeded in pushing QR codes out of the market.  Yet over and over again for the past four years or more QR code critics have been proven wrong, and instead we see even greater QR code adoption and use, meanwhile these other newer technologies drop by the wayside. 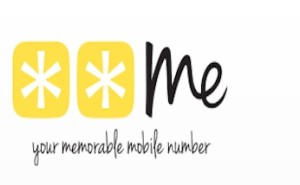 Starstar numbers are intelligent phone numbers that allow the transmittance of information through the dialing of a Starstar number.  The number is dialed just like an ordinary phone number but the dialer can be directed to a voice message, text message, mobile content, a game, or prompted to download an app.  For example, if you dial **USA you will be prompted to download the USA Today news app onto your phone.

The Starstar number is hurt due to the proprietary nature of it, which impairs its ability to be largely distributed and used by a critical mass.  It also contains the same drawback that many critics of QR codes point out: that it requires a prompt; that is you must choose to dial a number, just like you must choose to physically scan a QR code.  The problem for Starstar is that almost no one knows what to do when they see a Starstar number, whereas most smart phone users do know what to do when they see a QR code, and because QR codes are NOT proprietary the market for QR codes will only continue to grow at an exponential growth.

The JagTag works by taking a picture of the ‘tag’ and sending it to the JagTag server where it is decoded and sent back to the sender in the form determined by the marketer.

The benefit to this is that it works on non-smarphones.  The negatives are that smartphones are dramatically increasing in use, making this technology pretty much unnecessary; it also takes longer than a QR code to scan and access the data; and most importantly, as with the Starstar numbers, the JagTag is proprietary and greatly hurts its ability to grow in use. 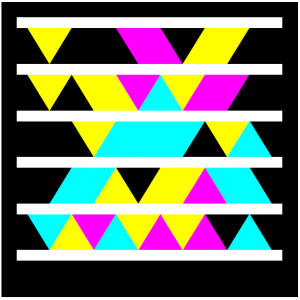 This works in an identical way as QR codes, but that it can be completely designed to represent your logo or whatever other design you wish.

The problem is that quite often you do not even know that it is a ‘tag’, whereas with a QR code you will always know what it is and know it is scannable due to its consistent appearance.  The Microsoft tag is incompatible with QR code scanners, which again, makes this technology highly unlikely to be adopted by the overall market, since it requires the downloading of a new app and current use is limited.  Think Betamax vs VHS.  You need some critical mass to become universally used, and the MS tag will likely never reach that critical mass.

This is a little different than the first three in that it could very well be successful, but it would never replaced QR codes since it is a different medium and not used for the same reasons.  AR requires a screen of some sort to display graphics onto of the real world around it; certainly a very cool technology and potentially very useful, but serves a different purpose than QR codes.  There could, however, be some slight overlap depending on the future of the technology, but only time will tell. 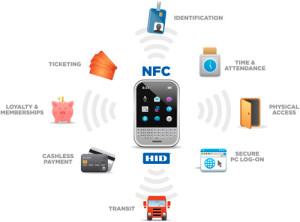 Near Field Communication, like AR is different than the first three technologies in that it is likely to have a more successful future.  NFC allows the transfer of data between devices at a close range; for example sharing photos between smartphones.  This allows for easier transmittance of information than a QR code in that it doesn’t require the downloading of an app and scanning of a code, instead you simply wave the device near a known NFC chip.  A chip could then replace the QR code, though it still lacks the visual prompt that a QR code contains which is of vital importance in a marketing or advertising use, and the chips cost a substantial amount more at this time.

The future of NFC is still questionable in that the technology isn’t in all smartphones, and has yet to be widely used.  We are waiting to see if all newer phones will be adding the capability, and if they do we expect it to take off, and of course, Qfuse will be there for the ride.  QR codes on the other hand are far ahead in recognition and market use. 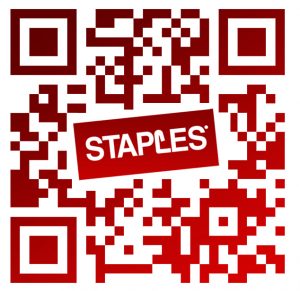 QR codes are widely known, widely used, and aren’t going anywhere.  They were the first to enter the game and have far more benefits than all other similar technologies.  They are a consistent visual medium which makes them ideal for marketing and advertising reasons.  They are non-proprietary so they can be used by anyone with no licensing, allowing for easy spread of use and very low cost.  They allow for analytics to track their use, ideal for marketers and advertisers.  Internet connection is not required for some uses.  And all smartphones already have QR code reader apps and are thus already compatible with the technology.

QR codes can also be used in tandem with other technologies like NFC to give more than one way to connect with users and connect the real world with online media.

For these reasons and many more QR codes will be the technology to use for the foreseeable future and new competitors will likely only continue to fall by the wayside.