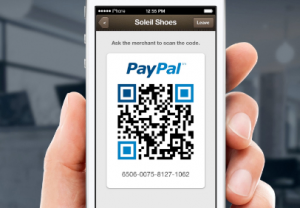 Earlier this month PayPal introduced an exciting new point of sale innovation for consumers and merchants.  This new system, “Payment Code”, is based on the relatively older technology of 2-D bar codes, in this case our favorite type: QR codes.

How PayPal says this point of sale system will work is that it allows consumers to pay by simply having the merchant scan the consumer’s personal QR code on their phone (or a four digit number that can be entered on the key pad).  In order to pay, you simply open the PayPal app, check-in at that location and your QR code opens and is ready for the merchant to scan.  As easy as that you’ve paid.

As PayPal explains, it isn’t just meant to create a smooth and easy transaction at the POS, but instead it allows for “easy access to all funding sources in one simple place (your phone), the real benefit is that it will allow consumers to automatically redeem any special offers, gift cards, merchant rewards programs or other forms of payment that might be saved in their PayPal wallet in one quick transaction.”

For the merchant, and this I think is the most important aspect of all, they do not have to replace any of their existing technology to adapt this new Payment Code.  Instead of developing a payment system that adapts the newest technology and which would require large investments to update their hardware, PayPal chose to use the older technology but in a more modern way, providing the best of both worlds for the merchant.

This is particularly interesting that PayPal decided to go with QR codes even with the number of exciting new technologies emerging to facilitate mobile commerce transactions; it seems the QR code remains the most practical tool for the job in many cases.  And perhaps the other technologies cannot catch on, or might do so much slower than anticipated, simply because of the investment required by merchants to update their hardware.  This appears to be another victory for QR codes, so I wouldn’t expect to see them disappearing anytime soon.

With PayPal adopting QR codes for payment, banks and many other institutions and retailers doing the same, it might end up that the older, less sexy, 2-D bar code technology might still win the day.

The Portsmouth Brewery and QR Code Use 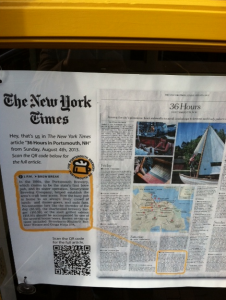 I was walking down the street of my hometown—Portsmouth, New Hampshire—and passed the entrance to a local favorite brew pub called the Portsmouth Brewery, when I noticed a big poster on their window with a headline from The New York Times.  Obviously this grabbed my attention since Portsmouth is a small town and doesn’t typically get much publicity.  I took a quick look and realized it was a cut out of a page from an issue of the paper that highlighted the town of Portsmouth and the Portsmouth Brewery specifically.  The blurb highlighted a few facts about the town, how it is the third oldest city in America, and how the Portsmouth brewery is the state’s first brew pub.  But most importantly I noticed a QR code.

The print out of this blurb was nice, but there wasn’t enough room for the whole article.  So what the Portsmouth Brewery did was place a QR code on the poster and let locals and tourists read the rest of the New York Times article.  The article was the author’s experiences of spending a weekend in Portsmouth and highlighted the many things one might do, including visiting the Portsmouth Brewery.  But the QR code use was a perfect example of how you might provide extra value or interesting content to your customers or potential customers. 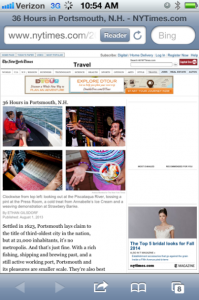 The NYT headline on the window poster is sure to attract attention of passerby’s on the street, as it did for myself.  And the content on the poster is interesting enough, but for someone interested in learning more about the town and what it has to offer—a tourist perhaps?—having this QR code there allows them to access this extra information provided by a source in the NYT many people would trust.

This might be a small and rather un-creative way to use a QR code, but it points out just one of the many ways someone might use a QR code even to simply provide information to the masses.  QR codes don’t always have to be used in some incredibly creative or interesting fashion (though this is often the best way to use them), QR codes simply need to give consumers what they might be looking for at that moment in time, and a QR code on the streets of a small town, with lots of tourists, pointing out the many local attractions is a perfect example of this.

The Wall Street Journal and QR Codes in Print Publications 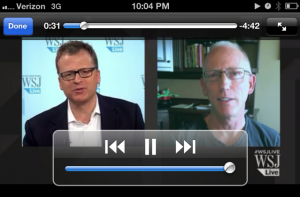 I was reading the Wall Street Journal a week or so ago and began reading an article by one of my favorite cartoonists Scott Adams, author of “Dilbert,” titled No, Please Don’t Follow Your Passion.  It was a great article about why you shouldn’t follow your passions and how failure is a necessary and important part of life.  It was an article worth reading for most anyone.

What I particularly enjoyed about this article was that the WSJ provided me more than just Scott Adam’s written word, in addition they joined the 21st century and included a QR code which let me enjoy more content right on my phone.

The WSJ did a great job with their QR code use, making it clear what the QR code was and what you would get from scanning it.  Their call to action read as follows: “WATCH A VIDEO ON YOUR PHONE: Scan this code to watch a video with Scott Adams,…”.  Having just read the article and thoroughly enjoying it, being able to scan a QR code to watch an interview with the creator of Dilbert was an offer I certainly wouldn’t turn down.  The interview was a WSJ editor and Scott Adams delving a little bit deeper into the content discussed in his article, and was a perfect example of how print publications should be using QR codes and similar technology. 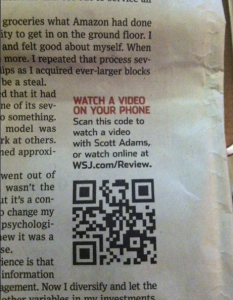 The publication business, as everyone is aware, is losing out to new mobile technologies, so if they wish to re-capture, or keep their market share, they need to progress into the 21st century and they can do this, to some degree, using technologies like QR codes.  What these codes offer publications like the WSJ, and the readers of such publications, is greater access to relevant information, engaging content, entertainment where possible, and interactivity.

The possibility for what QR codes can provide readers is almost endless, but as long as the content of the codes is interesting and relevant, they will go a long way to convincing the reader that they are receiving a lot of value with their subscription.  And not only this, the QR codes themselves can be used to drive sales of other content, or resources, and create another revenue stream for the publishing company.*

If you are in publishing and have not yet begun using QR codes it is about time you caught up to the modern world.  Just make sure you use a QR code platform that will ensure easy management of hundreds of codes, mobile optimization, analytics, mobile site creation and everything else you will need to run a successful QR code campaign.

*For example, perhaps The WSJ could have used a QR code that upon scanning sent the reader directly to a site to buy one of Scott Adam’s books, giving The WSJ some sort of commission on the transaction.  Or perhaps it could direct the reader to sign up for some extra content for a monthly fee. 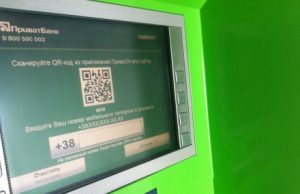 The debit card/credit card may be a dying technology, and you can thank QR codes for that.  Three banks—BMO Harris in Chicago, City National in Las-Angeles, and Wintrust in Illinois—have begun testing a service to allow their banking customers to withdraw cash from their ATM’s with a simple scan of a QR code.  They expect this new technology to be implemented in ever ATM machine by the end of 2014.

The way this works is that any customer of one of these banks can go onto the banks app and place an order for cash to be picked up at an ATM, even up to 24 hours prior.  The customer, with their app open, scans the code on the ATM and the machine fulfills your order.

This new way of accessing your cash has a few benefits.  First, it decreases the time of an ATM transaction by roughly 66%.  Second, it should greatly increase security as it helps to fight back against things like “skimming”, and creates at least three barriers to accessing your account information on your phone (your phone login pin, bank account login, and card pin).  Lastly, and most importantly, it helps to defend against the George Castanza wallet and a bad back.

This sort of QR code adoption (one might use NFC as well) is certainly a useful and beneficial possibility for the technology but a single or small group of businesses adopting this sort of technology does not make debit or credit cards obsolete.

What must happen for this technology to reach its potential is for all other industries and businesses to get on board and offer similar options for payment to their customers.  We are starting to see the adoption of such a technology sporadically across many different industries but it has not quite reached critical mass.  Having a bunch of banks adopt this technology might go a long way in sparking a full on evolution in the way we enter into transactions with other people and businesses.

Let’s just hope this happens soon…my back is killing me. 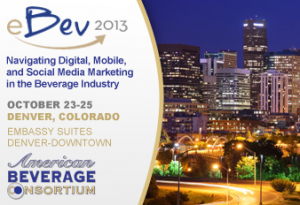 Qfuse is a proud sponsor of the American Beverage Consortium’s (ABC) upcoming event eBev 2013. The event will have a heavy focus on the role digital media, mobile, and social media marketing is currently having –and can have–on the growth of the beverage industry.

This is a cutting edge event for the beverage industry and is meant to “take on the challenges of digital, mobile, and social media marketing from the beverage perspective.”  The role of digital, mobile and social media marketing in the lives of consumers and companies alike is growing significantly and such an event should help to ensure members of the industry are keeping up with the newest technological changes and are able to compare their campaigns with their peers.

One of the key goals of the conference, however, is not just to touch on the creative element of said campaigns but instead, as Alex Brooks, Managing Partner of ABC puts it “to accurately capture data and generate meaningful consumer insights that allow us to simultaneously justify spending while improving efficiency and effectiveness.”

The event will feature some of the best specialists in digital marketing including Lucas Herscovici, VP Digital marketing North America for Anheuser-Busch InBev; John D. Ross Jr., Senior Digital Marketing Manager for PepsiCo; and Rob Wilk VP of Sales with Foursquare, among many other top minds in the industry.

The topics covered will range from Youtube and video content marketing integration, to competitor peer research, all the way to end to end content marketing plans.  There is really little chance an attendee can leave this even without becoming an expert in the field.

It is events like these that will help ensure the beverage industry stays ahead of the ever-changing marketing trends with effective tools and strategies for engaging target audiences in new ways.