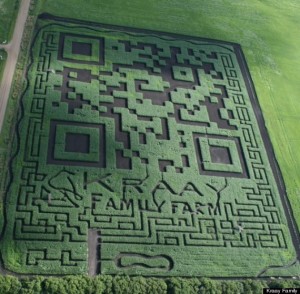 Posted on September 11th, 2012 by Mike Caha There’s a been a great deal of cyber talk around the QR Code corn maze that set the new Guinness World Record recently. According to the media coverage of this massive QR Code on web sites like the Read More

QR Codes: They're Not Just for Advertisers. You Can Use Them Too!

Even people who have no idea what a QR code is would probably recognize one, as QR codes have now become commonplace in all types of advertising. But QR codes aren't just ...Read More