Red Bull and Qfuse Team Up for Mobile App Promotion

Qfuse, a leading provider of mobile engagement solutions, is happy to have collaborated with Red Bull Bahrain on a new campaign to launch the Bahrain Map on the Red Bull Kart Fighter World Tour app, a fast-paced, adrenaline-pumping racing game that lets players compete on tracks around the globe. This new version builds on the success of earlier versions of Kart Fighter with new controls, speed boosts, over twice as many tracks, Game Center achievements and a whole lot more spectacular racing!

Red Bull Bahrain engaged Qfuse to collaborate on a campaign to promote the Red Bull Kart Fighter World Tour app in Bahrain, known worldwide for its rugged Karting terrain, with a custom QR code that was integrated into promotional posters and other materials. The custom QR code integrates the promo material’s icon and color scheme, and when scanned allows users to easily download the App.

The codes created for the campaign are routed through the Qfuse platform, giving the client real-time performance analytics, and the ability to maintain complete control of the QR codes, even after they are printed and published. The platform also supports use of NFC tags as well. For this particular project, Qfuse also leveraged their AppConnect tool to automatically detect the device type of users and direct them to the appropriate download platform (iPhone vs. Android vs. Windows) for a seamless user experience.

“We’re very pleased to have partnered with Red Bull on this project to promote the Kart Fighter app – it’s all about facilitating action and engagement, which is the essence of Qfuse” said Jason Summerfield, Qfuse CEO. 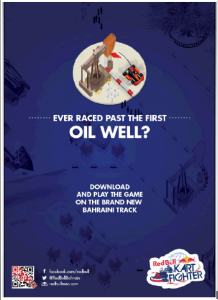 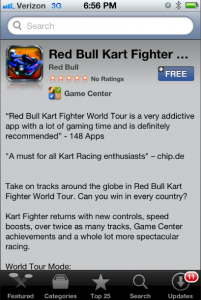 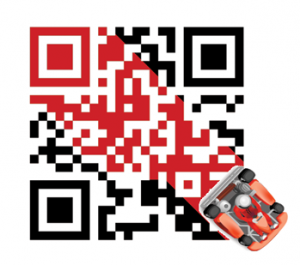