5 Reasons You Should Use NFC 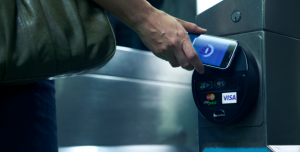 There are a handful of technologies on the market today trying to get noticed and adopted in a mainstream way, some like QR codes have been able to do this, but others have not or their future remain unsure.  For those still considering whether or not to use NFC technology for your marketing campaign, your payment systems, or whatever, below are five reasons why you should choose NFC.

Instinctive: NFC requires almost no thought or effort on the part of the user unlike some other similar technologies like QR codes (which require the downloading of an app, the opening of the app and the scanning of a bar code).  All the user needs to do is tap or wave their smartphone near the NFC tag and the transaction occurs.  It is as simple as that.  The easier it is for the user the more likely the technology will be used, and it doesn’t get easier than NFC.

Multipurpose: NFC can serve an incredible number of purposes and can be useful for almost any industry, or any need.  For example, a company like Starbucks might, and indeed has in the past, used NFC as a system of payment.  Another company might use the technology as a way to advertise on physical marketing material.  Another company might use it as a way to provide additional value to their product, like a Museum using it to create an interactive experience with visitors.  There are thousands, if not millions of ways NFC can be used, just figure out what is best for your company or organization and start using the technology for great results.

Secure: The fact that NFC transmissions are such short range, varying anywhere from contact to a few centimeters ensures that the transaction will be private and secure.  The technology also has built in capabilities to improve security if needed.

Interoperable: This NFC technology is compatible with the many existing contactless card technologies that are already on the market, making adaption seamless in most cases.

Nearing Critical Mass:  NFC is already a well known technology and the infrastructure already exists.  Most smartphones already have NFC capabilities built in and the few that don’t plan on seeing their next generation phones become NFC compatible.  The momentum is towards NFC and it doesn’t look to be slowing down.  People are already familiar with the technology and as even more businesses and organization are beginning to use NFC the critical mass needed for full market adoption will not be far off.

If you are looking for a great place to start designing, implementing and managing your NFC campaign, be sure to check out our platform here.