How Not to Use QR Codes: Part 3

For every one great user of a QR Code there are probably ten users that are beyond awful, and unfortunately those users end up giving QR Codes a bad rap.  Why QR code haters look at these awful QR code uses and then blame the QR code itself, as if it could only be used in such awful ways, is beyond me.   Logic is not a universal trait it would seem.

QR codes are only as useful and productive as the user allows them to be.  If you want a successful QR campaign, make sure you set them up to succeed and not to fail.  Reading a QR code best practices guide is always a good start.

So let’s take an example of poor QR code use and learn from it.

Now, as you might notice in the picture below, there are many things wrong here.  First, the man wearing black shorts, sneakers and a tie: this should be self explanatory.  Second, the girl in the white shorts and black top…enough said.  Third, Wisconsin.  Four, how many people do you really think scanned that QR code, let alone even saw it? 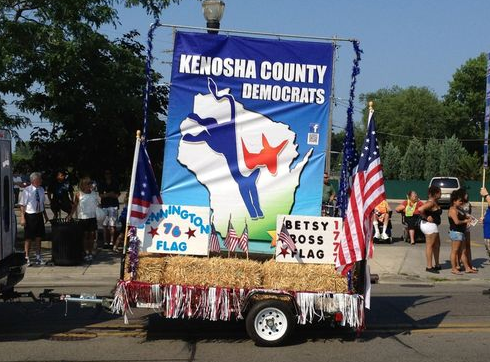 This one is pretty easy.  If you are going to use a QR Code, please make sure you know who your audience is and how far away they will be from the code.  The QR code you see here might work in a book; it certainly doesn’t work on a massive float in a parade.

Second, make sure there is a call to action.  Even if this QR code was bigger, no one would scan it.  Even I, a big QR code fan, would not scan this code since there is no incentive.  Tell me why it’s worth taking seconds out of my incredibly important life to scan your code.  If your reason seems enticing enough, I might just consider using up six seconds of my life scanning your code.  Of course in this case I would bet my life savings that the QR code in this example links to a desktop website, and likely it is just their desktop home page at that.  Terrible.

So what did we learn?

3)      For some unexplainable reason God created Wisconsin and there is nothing we can do about it.

4)      Know your audience and make sure your QR code is scannable by that audience.   Really though, just don’t be dumb.  And please, just read our best practices page before you decide to use QR codes.

But for you QR code critics out there, don’t blame QR codes for the idiocy of some QR Code users, after all they do mean well.

Want more? Check out Part 4 of How NOT to Use QR Codes.

P.S.  I tried so hard not to turn this particular QR code idiocy into a political swipe.  For this I probably deserve some sort of ‘strong will’ award, or medal of courage…Or just straight cash (donations are welcome).